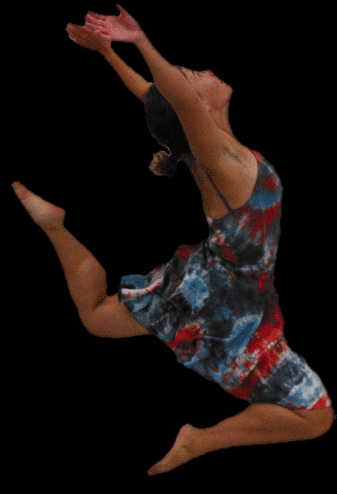 Founded in 2005, the Natasha Carlitz Dance Ensemble presented its inaugural concert in partnership with the internationally acclaimed California Guitar Trio and since then has produced twelve more full-length programs as well as appearing in dozens of showcases and festivals around the Bay Area. Athletic and spirited, NCDE dancers bring both strong technique and emotional depth to their performances. "Serious and graceful work... displays creativity and talent that are worth seeing... One of the really successful features of Carlitz' work is that the selected music and choreography fit so well together," writes Michael Phelan of baydance.com. With its strong focus on musicality, the company has commissioned work from a number of composers and seizes opportunities to perform with live musicians.

In 2010, NCDE was invited to represent the United States at the Egyptian International Modern Dance Festival, performing full-length concerts in Cairo and Alexandria. "Last week the Natasha Carlitz Dance Ensemble presented a breathtaking show," wrote Rania Khallaf for Cairo's Al-Ahram Weekly. "A choreographer and dancer, Carlitz imbued the stage with a spirit of enthusiasm, romance and joy. The ensemble... resonated with a sense of ecstasy and challenge."

NCDE has received funding from Fort Mason Foundation through "In Performance Series" grants (supported by Grants for the Arts / San Francisco Hotel Tax Fund and The William and Flora Hewlett Foundation), has participated in ODC's Pilot series for emerging artists, and is grateful for the ongoing support of DanceVisions.

Artistic Director Natasha Carlitz began her dance training in Palo Alto more than 40 years ago with Grace Butler, a former Nikolais dancer, and performed as a child and young adult with CHORD (Children's Original Repertory Dance) and SMDC (the Saturday Morning Dance Company). She has studied dance in London, Amsterdam, Massachusetts, and Maine—including improvisation and choreography workshops with Pilobolus founder Jonathan Wolken and aerial dance in the Sierras with Bandaloop. For the past 25 years, Natasha has choreographed and performed around the Bay Area, both independently and as a member of the collective High Release Dance. Named one of "ten Bay Area choreographers to watch" by sjDanceCo, she has shown her work in a variety of festivals and concerts and has created more than 50 dances for NCDE. Critics have heralded her choreography as "ambitious," "daring," "serious and graceful," "thought-provoking," and "proof that creativity knows no bounds."

Composer in Residence Mike Coffin started playing classical guitar in grade school and began writing guitar music soon after. Thankfully, most of his early music has been lost. In the last few years he has begun composing for other instruments and ensembles as well. His new music sounds as if it might have been written by one of the slower-witted students of J.S. Bach, though he also sprinkles in bits of flamenco, jazz, and blues. He first collaborated with NCDE in 2012 and has been the company's Composer in Residence since 2015, composing all the music for NCDE's 2017 production Acadia and other stories. You can listen to his compositions at soundcloud.com/mhcoffin.